Andy Esquivel has been arrested (again) and is now in state custody.  He was taken into custody just before noon on Monday, February 1st – booking number 201600817.  His bail is set at $25,000 cash.  He cannot bond out, he must pay the full amount to be released.

For those of us watching this drama unfold, this comes as no surprise.  This is not the last time Andy will be arrested for probation violation, but because this is the first time it will be his shortest time in jail (30 days).  Next time it’ll be 90 days, then 6 months according to AP&P guidelines.

I’ll post updates on Andy’s status and audio of the court hearings as they become available.  My hunch, given how damning the report by Andy’s probation officer was, this won’t end well. Here’s the custody information website link.

UPDATE: Andy’s hearing before Judge Connors is scheduled for Tuesday, February 16th @ 9:15am.

UPDATE: Andy was released from jail on his own recognizance and a sentencing hearing has been set for March 8th @ 9:15am.  At this hearing, based on what he is posting online, we expect Andy to claim that he has a job, that his parole officer is somehow ‘corrupt’, and that he needs a 6th PO who will be more sympathetic to his latest scam, SmileyHeroes.com.

UPDATE: The February 16th hearing was a short one, so we’re not going to bother posting the audio online.

UPDATE: Andy’s sentencing hearing has been postponed five times since his release, usually at the request of his public defender.  The new hearing has been scheduled for June 14th @ 9:00am.

Just when you guys thought Andy would never post on YouTube again (because he’s in JAIL), Andy defies the odds and manages to get a video posted anyway.  Boy, this guy REALLY doesn’t know when to shut up!

In this latest video, Andy convinces his girlfriend (he’s now using me as the excuse why he never married her in spite of the fact they have three kids together) to put him on speaker so she can record him from jail and post online.  It sounds like he’s calling from the common yard at the Davis County jail because there’s lots of commotion around him.

Andy explains that he’s in jail of his own free will.  That he asked to be sent to Jail on January 7th because ‘the prosecution has postponed his trial six times’…which makes perfect sense, right?  Andy tries to put his own spin on his February 11th hearing claiming that he’s being committed to a state mental hospital because the Judge wants to prove he is sane, not for restoration of sanity because he is insane as is actually the case.  He rambles on and on about the conspiracy against him, his million dollar lawsuits, all his inventions – basically all the delusions that are the reason he’s being held for restoration right now in the first place.  He demonstrates in the space of five minutes that indeed the psychiatrists are absolutely correct – he is not mentally competent to stand trial and he is badly in need of psychiatric help.

Half-way through the video, Andy is interrupted by an inmate named “Boss” who tries to explain that in fact the fight he was just part of was not his fault and was nothing for his wife to worry about.  The guy Andy got into a fight with should never have been let out of isolation because, like Andy, the inmate he fought with was is mentally disturbed.  Andy also brags that he’s lost a lot of weight in jail (I guess he’s sensitive about his weight) and that jail isn’t so bad after all.

I never thought I’d live to see the day when Andy Esquivel is posting psychotic rants from behind bars, but here it is.  He has no idea why he’s there, no idea what he needs to do to be released, and shows no signs that his delusions have abated.  Between us, I think Andy is going to be incarcerated for a very long time, because he’s never going to admit that he’s a delusional mess and needs help.  The more he resists treatment, the longer he’s going to remain in state custody and I personally believe that’s a good thing.

I wonder what Allen Brady, Steve Klemark, Shar Jenkins, and Ron Kelsay are thinking right now?  “…Boy, were we stupid!”

Court to decide if Andy Esquivel is CRAZY!!!

At the pre-trial hearing on October 22nd, Andy Esquivel’s defense counsel asked for a continuance of the proceeding until January 7th to give the court time to ascertain whether Andy is clinically INSANE!!! If Andy is found to be CRAZY and therefore unfit to stand trial, he could be sentenced to time in a Utah mental institution.

At the request of defense counsel, this matter is continued to
1/7/2014 to allow the defendant to have a mental health evaluation
completed to determine if defendant is competent to stand trial.
The State will prepare the order.
The trial date will remain in place.

Irony: this is EXACTLY what we’ve been trying to say for years! Yes, Andy Esquivel is mentally insane and so is his chief accomplice Allen Brady. Both need to be institutionalized for their own safety and for the safety of others.

I think that pretty much closes the case on Andy. When your own defense attorney states in court for the record that you’re nuts, it’s time to pack up shop and go home. 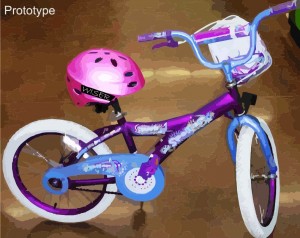