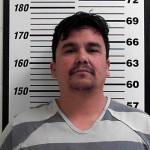 Andy just posted the details of another one of his silly inventions on his Facebook page.  Here are the details, un-edited. Note: this ridiculous idea came to Andy while he was locked away in a state mental institution.

Sean D. Reyes I will replace this picture with video of me opening poor mans patented sealed envelope I sent myself of pill bottle invention @ Utah State Hospital May 30, 2014 but you must hear the story behind the invention first. When corrupt Davis county public defenders & prosecutors held me in jail for 119 days before sending me to corrupt Utah State Hospital director MIke Cox. I knew of another Davis county inmate that was ordered to U.S.H the same day as me but they transported him within a week not 119 days and you know what happens at 120 days, I get the right to ask Judge “what’s up” & I did write Judge Connors a letter @ 114 days I do have copies of all the letters I wrote Judge Connors because I had inmates make human copies that I sent to Judge Connors from within the jail & I kept all the originals and sent them all out with inmates (Vince Rosana Hernandez etc.) that got released & Allen Brady would give them a ride home as a thank you. So when I finally got transported to U.S.H I was screened by Dr. Z, I can’t put full names at this time Dr. Z gave me test and I easily passed so she gave me another, I PASSED! Dr. Z then looked at Mike Cox and said what’s going on why is Mr. Andres Esquivel here, Mike said try ******* test and she did so, I PASSED! Dr. Z then starts to argue with Mike Cox and I was told to go back to my room. I was telling everyone that worked @ U.S.H “I am innocent I have been on the news for my inventions you all can see news videos @ WiserTechnology.com” and they were pulling out smartphones instantly except for Mike Cox of course & to make a long story short Dr. Z proved to me I could trust her & at 60 of the 90 days evaluation Dr. Z was replaced by Dr. Vitco but Dr. Z had given me a treat & told me if they try to give me meds say no and ask to see the USH board, you can get board minutes & I was put in the same room as ******** the man whom I invented pill bottle with May 30, 2014 I found him immediately upon my arrival to USH and I asked him if there were no beds available because that’s what MIke Cox was telling Sindy Manzano, Jobita Berriel, Allen Brady every time they called USH & asked why I was still in jail and ******** laughed and said that was a lie by MIke Cox. Beds were available the whole time but the sad thing is ******* should not have had a bed himself and I will tell you why, ******** would never give me his last name he would say can’t it’s against the USH rules & he was right I asked the desk workers and they said only first names with patients. ******* had job in cafeteria & got an extra hour outside to play with his baton & a lot of extras that don’t need to be mentioned at this time & when I asked him about it he said Mike Cox hooked it up for his dad a speaker at BYU and I knew I needed to find out why. So I decided to prove WiserTechnology.com saying “Desperation breeds creativity” and ******** asked, “What is that DBC?” BINGO! I told ******* it’s the mother of invention, wanna try and he said YES! So I asked him why he went to jail and ended up at USH, ******* then preceded to tell me his case step by step “I took 12 ambien pills & I stabbed my friend with a seven inch knife” I was like wow let’s invent something so that this does not happen to anyone else & the first thing that entered my mind was a PEZ dispenser. I remembered that my grandma Ofelia Esquivel would get mad at us as kids for eating all the PEZ candy within minutes of her giving us PEZ dispenser haha and I told ******** think of a PEZ dispenser that locks with your smartphone app so your kids can only access one when you unlock or say its time to enjoy a candy one at a time or two if you approve but on an adult level and his eyes went BOOM a pill bottle like that would make millions and I told him I will share this invention with you but we must draw up idea, make contract and sign our full names so we can make poor mans patent and self mail from hospital. Please note zip code of USH and the zip code stamped on envelope I will explain what MIke Cox was doing on Facebook live 10.31.2018. After we received letter back from MIke Cox ******** trusted me and told me his dad made arrangement with MIke Cox to keep him in USH as long as possible because he knew ******* was going to be sentenced to seven years in prison & USH time is time served so ******* could avoid going to prison. (More to come, I have phone call)