Before Andy Esquivel was institutionalized, he sent a Facebook message to his cousin Edward who’s mother Andy ‘spoofed’ on LinkedIn to make himself look more legitimate.  We recently received a copy of the rant and I thought it was appropriate at this time to post it.  The reason this post is interesting is that it discredits Andy’s claims that he’s an innocent victim of racism.  The thing about sociopaths is that they always accuse others of what they themselves are guilty of (notice Andy’s prominent use of the “N” word towards the end of this rant).

Note: caps and punctuation mistakes are Andy’s, not mine.

Edward this is Andy I came back at 5:00am not because I am tweaking as you say on YOUR Facebook PAGE…. I am working on WEBSITES not Facebook bro you see most people are asleep NOT YOU bro, so we work on the WEBSITES at graveyard look at my email to my attorney I will post :0x Sindy sent that for a reason just wait for it…… I’ll post email next! (But what I want to say most Mista GANG BANGA EDWARD GONZALES – Mom family, Jesse in Denver you watching this shit, Edward even IF I was guilty, I am NOT but let’s just say I was for your sake “YO WTF YR MIDDLE NAME SNITCH!” Edward made deal for himself with Daryl) Aunt Chue when Edward was 5 he used to walk around asking all of us to play cards, it was cool until you beat Edward you all remember he would freak and say we are cheating all because Edward lost! See a doctor bro (OH don’t worry I will bring you up Edward) look at my next post u will get it. Edward you lost state only has 3 wits racist Ryion, Kyle and Chris they used their NIGGER DARYL to try and help my ex father in law North Salt Lake City Chief of police Hanson bring down Xtagged: https://www.diigo.com/item/…/7ra2 FYI Daryl never knew any of this that’s how he got caught up in this and dragged you guys in, Daryl & Edward stated I scammed hundreds of people and I never filed for patent: https://www.diigo.com/item/…/9hrw You’re a fool Edward this money BILLIONS is a dynasty for our family you already seen the patent paper work stop acting dumb. Your mom owns 6% & you nothing that’s why you’re mad, just shut-up until trial yr digging deeper hole.

FYI- Nobody blog for me anymore period not even film people Sindy was the only one.

You’ll also notice Andy proudly proclaiming that his fake businesses (which includes a goofy little ripped-off cartoon website called ‘Smiley Heroes’) are worth “BILLIONS”.  Honestly, if I wasn’t documenting this guy’s psychosis, nobody would believe any of it.

Xtagged goes out with a punch… 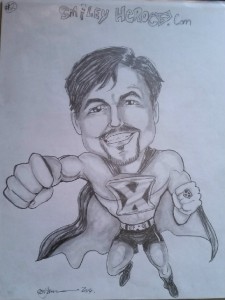 Just in case there was any remaining doubt about whether Andy Esquivel is crazy and his various businesses were all thinly disguised scams, here’s the latest post on WiserTechnology.com.  I haven’t checked that website in ages, but did today just for kicks.  This image is all that is left of Xtagged, Wiser technology, and all the hard work of lunatics like Allan Brady, Shar Jenkins, Steve Klemark, and the rest.  This is what’s come of what was supposed to be a milti-billion dollar venture started by a man now confined to a padded cell in a state mental hospital.  THIS IS IT!!!

The word ‘Anti-climax’ just doesn’t do this image justice… 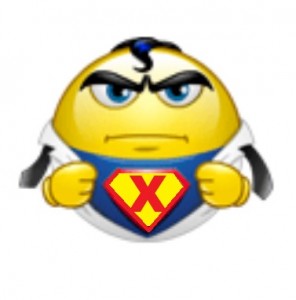