This crazy, ranting email from Andy Esquivel is as much evidence of drug use as it is evidence that Andy is guilty of everything he’s charged of.  No intelligent human being can read through this garbled mess and think anything other than “wow, this man is insane.”

With this email (sent to Xtagged “supporters”) Andy tries to explain in one twisted narrative the conspiracies that have brought him to this point – broke, being sued for $18,000 in back child support, unemployed, and on trial for felony securities fraud.  If you can get through even half of this gibberish, you will be impressed with the extent of Andy’s psychosis.

Screen-shots above are emails with Chris and Kyle’s paperwork from Utah Attorneys 02/04/2008! I want trial 100% but I don’t want Kyle and Chris to get in trouble they are manipulated by Daryl Acumen, ask Taylor Jones I asked if he could help save these men I have CC everyone because it’s all true look Taylor is in CC.

All this evidence is at http://www.diigo.com/user/xtagged you can find it on your own and that’s only 10% of evidence Mr. Holje told John Steer he did not want to see his evidence, that sent up red flags because he was helping his friend Casey the Bountiful prosecutor I paid $1,500 total for disorderly conduct! WHAT! “I CALLED THE POLICE GUYS” I am listed as the victim in Bountiful case report I have copy if needed media only they put no one was taken to the hospital John Steer was hit with a pool ball 14 times in the head that’s attempted murder I told Mr. Holje we were kidnapped he said why because they locked you in the store I said no Sir, because it was twenty men on three Why 20 to 3 because they were going to carry us out of there they just couldn’t believe we defended ourselves with 20 against 3, I have a recording of the fight on my old Samsung smart phone, he said let me see it, I said at trial you will he then keep billing me $200 an hour and said your not going to have enough money for the Davis court if you keep this up just take the plea of $300 and six months probation or else this is going to cost thousands, for a Disorderly conduct guys Mr. Superlawer.com ended up costing me $1,500 dollars and still had to plea a disorderly conduct that I never did in short don’t ever call 911 in bountiful because I did and it cost me $1,500 to call the Bountiful police, the men who moved all the furniture to jump us (I have video) that’s called premeditation and they unplugged the stores video cameras and please note the workers of hero’s computers where they jumped us never called 911 I did, it’s funny because Casey the bountiful prosecutor says to this day it was only four guys (I have a video of it) but never the less them four guys got a $300 fine That’s it! I paid $1,500 John Steer paid $180 fine and $5,000 bountiful hospital bill, yes Mr. Holje’s best friend Casey the Bountiful prosecutor showed us scammers and ran us out of town, only problem is we are not scammers and we did have INC, and where are the hundreds of investors we scammed so now what do they do.

Mr. Doubleday Sir, you know theirs to much to fit in this email but I only try to fulfill my Karma and guess what, I have done it now if trial proceeds I have done enough to warn Kyle & Chris here comes trial Sir get ready to film the trial in Utah. FYI the day you heard me out Brian for 5 hours and you did not ask for anything is the day I knew we had the right people for Xtagged movie here is some good news for you Sir, I will prove to you I am not about money rewrite our contract I am going to give your company 30% not 20% of documentary/movie royalties just promise you will tell the world everything Sir, Daryl Acumen used the internet as a weapon against all of us please tell the world. The other 20% is for my Xtagged team and the other 50% of course goes to karmacause.com

Andrew Couch got to see the big time with Mitch Thrower at first, and I almost lost everything but in the time of having nothing I invented so much more, so yes Andrew got to party and celebrate back then but the money clouded his mind and he just peeked… I on the other hand had nothing to cloud my mind and invented Buzz/wiser, Wisertechnology, Facebook apps just go look at www.Wisertechnology.com and see for yourselves that’s why I don’t want money in my account it’s that simple I will draw a salary from Karmacause.org that’s it! After everyone knows the truth they will trust www.Karmacause.org because it puts Digital fingerprints on everything and Steve Klemarks DigitalInternetDna.com will blow you all away that’s why he is CEO of WiserTechnology.com.

I will see you all when I come to Utah June 19th Dre, Zac, Rick Carlos all you guys that have recently email me just like Dre below’ I miss you to bro, none of this is your guys fault you did not abandon Xtagged Daryl is just evil and tried to steal your rightful blessing from God because I don’t know how I did all this all I know is that God does exist because before I could not live without my son Andres and my daughter Savannah ask John Steer he will tell you, my son and daughter was so proud of me in 2007 after Fox13 but now because of Daryl Acumen manipulating them with all these lies I have not seen them for three years… My son sent me an email 2 years ago that read ” You scammer why don’t you invent something that really works” my family says they think my ex wrote it not my son never the less I asked God to please give the strength to keep on inventing and oh boy he answered my prayers just look at us now Xooplay is not scam nothing is and with my prayers answered in full I knew I would see them soon that’s why I want trial over because I miss them dearly I just had to think of all children not just my own. Steve Klemark Denver P.D his father retired N.Y.P.D got so much research from these last two year that now I can say it will benefit our children 100% I just could not say anything, now you can see why… all I ask of you guys is to pray that I get to see Andres & Savannah soon because I don’t care about money just God.

P.s look at the way I write Ok that’s me Rebecca Dunn is the one that wrote all the text for Karmacause.com and Wisertecknology.com that’s a lot from her so please until a real investigation happens and don’t worry a real one is coming the SEC Judge told Allen Brady Aug, 02, 2011 he would start one as soon as Davis county case is over he told Allen that, so please everyone stop telling me that Daryl & Beckie are a Mother son team… Beckie told me that she was going to get Daryl for kicking her out of his home I believe at trial she will make good on that, if not and I am wrong that’s for God to judge not us. look at what I have been living and the proof of that is if we are in court and trial is coming 100% why still run slander/smear campaign to this day. Daryl and Ryion are so desperate they turned www.Xoutscams.com back on why when I am supposedly already caught! This is why, if Daryl and Ryion turn it off well they in a way turn of the brain washing machine right Chris E. you now why I truly fired Mr. Holje that’s why you are connected to all of us now and thank God.

God bless Us All! Dre see you soon… 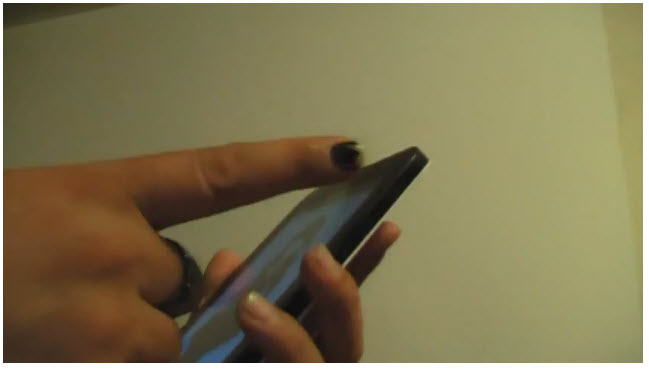