Posted on October 2, 2017 in Uncategorized

I am ashamed to admit it, but I completely

dropped the ball on this one.

As everyone who’s been following this blog knows, years ago three scam victims of Andy Esquivel banded together and filed a complaint alleging that Andy improperly sold them shares in a scam he was running at the time called “Xtagged”. This blog was instrumental in organizing those victims and served as a central distribution point for all evidence against Andy and his accomplices.

We all know the results: Andy plead guilty to two 3rd degree felony counts of securities fraud, spent some time in jail, a little more time in a mental institution, and was eventually ordered to pay his victims back over $13,000 plus interest. The outcome of case #111701135 has been the central theme of this website for years, but there’s a little known side story that everyone (including this author) completely forgot about.

You see, BEFORE the Davis County Prosecutor’s office formally filed charges against Andy, in fact before any of this was even in the hands of the Davis County Prosecutor, it was first handed over to the Utah Department of Securities.  That’s right, for those of you who don’t remember, the ORIGIN of this case, immediately after the Bountiful police department, was a state agency specifically charged with enforcing state securities and exchange law.

The Utah Department of Securities (UDS) reviewed the evidence handed over to them by the Bountiful police department very carefully and made a recommendation for prosecution to the Davis County Prosecutor’s office.  Before the first hearing was ever held in case #111701135, Andy was required to appear before the Utah Department of Securities and to try to explain why he shouldn’t face disciplinary action by that agency.  Andy met with the UDS and along with Allen Brady, made a complete fool of himself.  Video and blog posts about that meeting can be found elsewhere on this website.

The UDS proceedings were ultimately put on “hold” pending the outcome of the criminal case against Andy.  Everybody forgot about it, including me!  I did make note the Utah Raves thread that was the predecessor of this website explaining that UDS would be holding a hearing immediately after the case was resolved to determine what acton (if any) should be taken against Andy, but that was the last time anybody has said or posted anything about those proceedings…until now.

Hold onto your hats and sit down!

Unfortunately for Andy, the Utah Department of Securities DID NOT FORGET ABOUT HIM!!!  Just as they informed Andy back in 2011, UDS did in fact hold a hearing immediately after Andy filed his plea deal in Davis County’s 2nd District Court.  That hearing was held on March 25th, 2015 @ 9:00am and Andy failed to attend.

On March 25th, UDS Enforcement officer David Hermansen filed a “recommended order on motion for default”, to which the presiding judge responded in the affirmative.  On March 26th, that motion was granted and a default order was filed.

Order on Motion for Default [PDF]

What the order states in brief is that (a) Andy Esquivel did in fact knowingly sell “securities”, (b) that those “securities” were fraudulent, and (c) Andy is responsible for the consequences of his actions.  The Utah Department of Securities therefore ordered that Andy pay $16,325 in penalties!  $3,250 was due immediately, while the remaining $13,000 could be reduced on a dollar-for-dollar basis by proof Andy Esquivel was instructed to provide within 30 days of reparations payments made to his victims.  In other words, by April 25th, 2015 (two years and seven months ago), Andy was required to prove that he had payed something to his victims or he would be liable for the full $16,250.  Andy never provided any such evidence, because at that time he had in fact not paid a dime in reparations to his victims.  Thus, the full judgment currently stands.

In addition to the financial penalties against Andy, he is barred forever from selling securities in Utah or having any dealings whatsoever with licensed securities dealers.  That means all the fundraising efforts Andy is currently undertaking for Smiley Heroes are illegal and will very likely get him further disciplinary action by UDS.

Before I wrote this post, I was under the impression that including child support, Andy Esquivel owed approximately $29,291.03 in various judgements and fines for his criminal activity.  Now I understand that the actual amount is $45,541.03!

Andy, if you are reading this, do yourself a favor and contact the Utah Department of Securities at (801) 530-6628 immediately to make arrangements to satisfy this judgement.  Reference case#SD-11-0033.

I will be updating the total owed on the homepage to reflect this new information.  I’m sincerely sorry for not following up on the UDS case against Andy.  I don’t know why it slipped my mind.  At least we know exactly how deep of a hole Andy managed to dig himself into.  At the rate he’s going, it will take him nearly eight (8) years to dig himself back out…good luck!

The concept for the Xraza Phone is as racist as it is ridiculous.  Andy pretended to have purchased an iPhone knock-off from China for $27 and claimed he was going to develop a series of apps for it that would appeal to immigrants.  He claims the apps would include Google Translate so that immigrants could understand English, and makes reference to features designed to appeal to ‘Chinese people’.  Here’s the text of an email [PDF]Andy sent to Leonard Martinez pitching the idea:

Subject: Leonard please call me App for Airport is from 2 party company
and they have a third party company that want to trade technology and
all they want is percentage of Wiser tech
From: Andres Esquivel <utxpatrol@ymail.com>
Date: Tue, November 23, 2010 12:27 pm
To: lmartinez@denverlegalteam.com, info@denverlegalteam.com
They won’t let me unveil Airport app until i have answered a question that I think you need to advise on
please call 720-318-0625 i had to get a new phone because i made deal with china and they sold me
Phone that is alot like the Iphone at 27 dollars a unit this new company not William they loved my idea
of Making La Raza Iphone for Hispanics community I am calling it Xraza the phone’s app’s are all to
help immigrants just like the Chinese people help each other to succeed We will make a phone that
brings all Latino together sample one of the App’s on the phone is Google Translator and next app
would be to your attorney office just call me please
Thank You Much! Andres Esquivel
Sent with Chimera WiserPhone…

Obviously the “Xraza phone” doesn’t exist, but the majority of Andy’s emails contain a signature line claiming that they were sent from one.  Obviously Andy enjoys pretending to be a mobile app developer.  If he actually developed one, he might be able to earn enough money to pay his monthly child support bill. 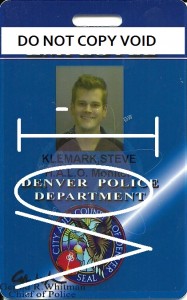