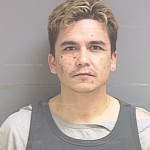 Today Andy Esquivel’s attorney reached a plea deal on his Bountiful disorderly conduct charge.  Andy is being fined $300 (the same as John Steer) and must pay $100 per month beginning on March 1st.  The final case disposition has not yet been filed, but here is the case status [PDF] as of this writing and the notice of the fine and payment arrangement details [PDF].

So Andy has to pay $300 for getting his butt kicked in Bountiful three years ago – good for him!  It’s a shame he didn’t take care of this back in 2009 so he could have avoided having Allen pay $750 to keep him out of jail all this time.  He might also have been able to avoid paying an attorney to negotiate on his behalf.  $200/hour is a lot to pay someone to clean up after you.