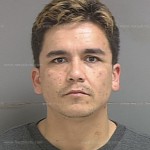 People have been writing in asking what happened on July 12th.  Sorry it took em so long to post this, but I’ve been busy with graduate school and haven’t been checking in on Andy’s case very regularly.

Most of you have noticed that Andy’s hearings have been delayed again and again.  This was to give Andy time to get a few payments under his belt so that he could argue that he’s changed his behavior and doesn’t deserve to be sent to prison.

It’s worked so far.  Andy made several payments in early 2016 and although he didn’t make a payment in June, he did make a $100 payment on the 12th and agreed to pay $500 per month until hes paid all his victims back in full.  A review hearing has been scheduled for January 10th to make sure that Andy has in fact been making his payments and is in full compliance with the conditions of his probation.

We will see if Andy can keep this up, or if his ego derails the effort.  To read the full text of his agreement, click this link to the evidentiary hearing minutes [PDF].  I’ll post a recording in a few weeks.