A new trial date has been set in Andy Esquivel’s securities fraud case.  A final pre-trial hearing will occur on January 15th followed by a jury trial on February 27th and 28th where Andy will be represented by a public defender (because he cannot afford to pay for an attorney himself).  Full updates can be viewed in the case file here.

On the 28th of February we expect the court to find that Andres Esquivel did in fact sell “securities” to three men in Davis County Utah and therefore did in fact violate the law.  Andy continues to claim that he did NOT sell securities to these three men and that he is therefore innocent of securities fraud.  I’m curious to find out how someone becomes an “owner” of a business after being sold “shares” in the company without having participated in a “securities” transaction.  This should be very enlightening.

Andres “Andy” Esquivel likes to pretend that the people who have worked to bring him to justice will one day face some sort of legal retribution.  His favorite claim is that once he’s found innocent of securities fraud, “the SEC” has promised to begin an investigation of the people who worked to bring criminal charges against him in the first place.  The story goes that Andy met with an SEC judge after he was formally charged with fraud in Davis County and that the judge promised that as soon as the criminal case was over he would investigate the conspiracy to convict Andy.  Andy sounds as if he’s really excited about these new charges, as seen in the following post:

“Wait until a real investigation happens and don’t worry a real one is coming the SEC Judge told Allen Brady Aug, 02, 2011 he would start one as soon as Davis county case is over he told Allen that…” – Andy Esquivel

As we have explained on this blog numerous times, the Utah Department of Securities officers that Andy met with indicated to him that HE will be subject to further administrative action by their agency once his criminal case concludes, not his victims.  It is unknown what sorts of sanctions or penalties Andy will be subject to once the criminal case ends, but what will not be happening is some investigation of Andy’s victims or the administrators of this blog resulting in charges against us.  The ‘investigation’ Andy refers to has already occurred and resulted in the criminal charges he now faces.  What’s left is for the Utah Department of Securities to take their own disciplinary action outside of the criminal charges now pending.

Here are the details of the Utah Department of Securities case against Andy Esquivel and Xtagged.

Andy will no doubt continue to brag that he talked to a judge at the SEC (the Judge being Steven Eklund and the agency actually being the Utah Department of Securities, not the SEC) and that those discussions will result in another investigation that will exonerate him and implicate his victims, but this is a  complete falsehood.  The facts of the case are simple and are here documented for the entire world to review.

Why Andy continues to deflect blame for his criminal activity away from himself and towards the people he scammed is beyond me.  A normal person would admit to their crimes, take the punishment and move on.  Pathological lying sociopaths apparently can’t do that. 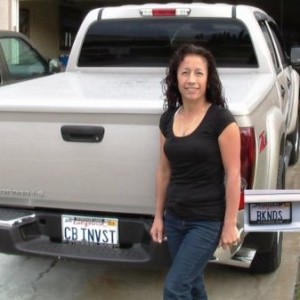